This version of the Cinderella story by The Brothers Grimm is the one that I like best.

The hazel tree and the birds provide a magical connection to nature and folklore and they replace the fairy godmother who features in other versions.

In true fairy tale style, where animals are able to talk, some written accounts of this version say that Ashputtel was comforted by and talked with the bird in the tree. This is the kind of thing thing that would have appealed to me when I was a child and still appeals now 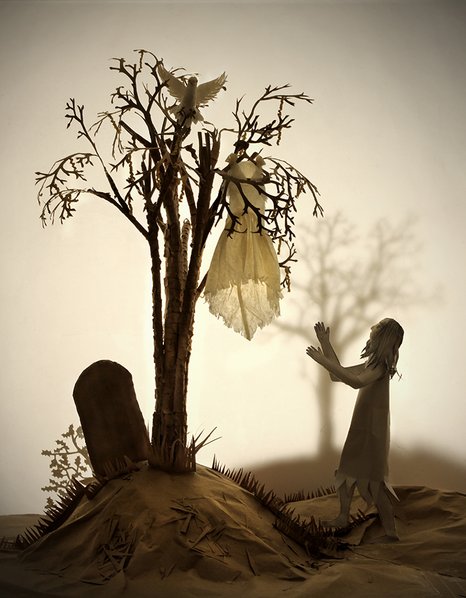 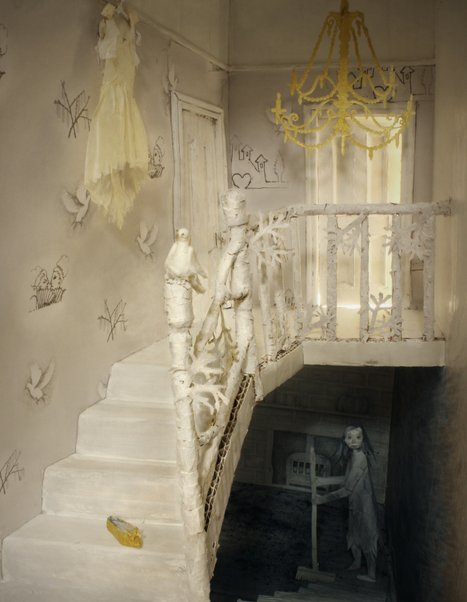 In case you don't know it, it's a tale of 'rags to riches' and it goes like this:

Soon after the young girls mother died her father remarried a cruel women who had two daughters. Her stepsister’s were unkind and, amongst other cruelties, they made her sleep on the ashes -  and this is why they called her ‘Ashputtel’.

Her father, who was going on a journey, asked the three girls what gift they would like on his return.  The stepsisters both asked for rich gifts but Ashputtel asked for the first twig that knocked off her father's hat as he turned to face home. This was  a twig from a Hazel tree. Ashputtel planted the twig beside her mother’s grave and her tears made it grow and soon a little white bird came to live in the tree.

At times of difficulty the white bird and other birds came to her rescue when she needed help. They helped when her step mother gave her an impossible task to prevent her from going to the king’s parties. The birds also provided three magnificent gowns with golden slippers for Ashputtel to wear at each of the Kings three party's.

Ashputtel danced with the king three times across as many days. At the end of each party she ran away to avoid being recognised. The first time she hid in a pigeon coop. The second time she hid in a pear tree and the third time her gold slipper got stuck in some tar that the king had smeared on the steps of the palace in order to catch her. The King searched every household with the slipper hoping to find the girl whose foot would fit. He eventually found Ashputtel but only after each of her step sisters had tried to deceive him by cutting their own feet to make them smaller in order to fit into the gold slipper.

It is a happy ending for Ashputtel who, in the end, left her poor life behind and married the King but her unfortunate step sisters are blinded by birds during the wedding ceremony.